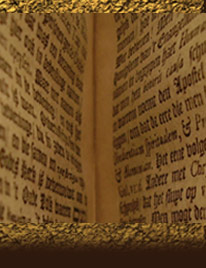 
Two interviews with Steven Fraccaro, author of Dark Angels and publisher of The Recalcitrant Press

Why publish Dark Angels now?
The novel was written a number of years ago. There were certainly readers who understood it, but people in book publishing were perplexed by it. They weren't sure if it was science fiction or a literary novel. And they didn't know how to deal with the sense of intrusion and social control portrayed in the book. My feeling is that readers will "get it" now.

How does this relate to the issue of surveillance that we see being played out in the news?
The novel describes a society in which the government—or a privatized security concern—has agents that can step into a crowd and tell what people are thinking. This is neurologically rather than digitally based. With web surveillance, it's now possible to compile a record of what someone is thinking, at least while they're on their computer or hand-held device. The level of intrusion is similar, as it involves the monitoring of thoughts as a means of social control.

You refer to the book as a novel of the "future past." What do you mean by that?
Dark Angels was conceived at a time when things appeared to hang on the edge of an abyss, when New York and many other cities appeared to be devouring themselves. I conceived the setting of the novel as one potential negative outcome. It's a world in which government and the corporate sector have converged, so that it's impossible to tell which is which. And everything is decaying.

In the 1980s a large section of the Lower East Side, now expensive real estate, functioned as an open-air heroin market. If one wasn't a dealer or an addict, certain streets were very scary. And rather sad. We're not just talking local color. A friend of mine's son was killed with a machete.

What role does technology play in the novel?
There's not that much truly advanced technology in Dark Angels. For instance, people don't go around with smartphones in their hands. Instead, biological and extrasensory techniques have developed. Brain activity can be monitored and recorded in a more sophisticated manner than at present.

And that serves as a means of control?
That's one of the things that is pretty obvious, both in the world of the novel and in our world. Much of the control is internalized. For instance, I'm fairly convinced that in a few years, people will be lining up around the block to have electrodes implanted in their brains, whether at the Apple Store or elsewhere.

What role does the use of language play?
Language can be utilized as an instrument of expression but also as an instrument of oppression. I tried to imbue every sentence in the novel with a feeling of the sinister, that yes, someone is watching and recording.

Watching and recording whom?
The characters in the book. And perhaps the reader.

How does the nightlife aspect of the novel fit into all this?
Nightlife can be exciting, or it can function as a deadening force. People don't behave particularly well in clubs and bars.

Robert Strange is a deeply ambiguous character, isn't he?
He is morally ambiguous, as well as ambivalent, not a hero by any means. He serves a morally compromised power structure, and sometimes works to resist it.

Aside from Strange, the main characters in the novel are women—Mara, Samantha, the woman with red hair. Can you talk a little about that?
No. You'll have to read the book.

If Dark Angels were made into a film, who would you like to see direct?
There are lots of people who would do a good job. But David Lynch comes to mind first. He genuinely understands the concept of sinister ambiguity.

What exactly is The Recalcitrant Press?
It's a concept, a virtual press, a means of delivery for literary fiction and other writing.

Why now?
Book publishing is in disarray. The large companies, all five of them, are for the most part still making money. But they are very unsure of themselves. With the emergence of ebooks, there is an opening for independent publishing such as has not existed in a very long time, perhaps fifty years or more.

You say that you intend to publish "work that would otherwise remain hidden."
Things that are hidden are usually more interesting that those that are out in the open.

How would you define literary fiction? Is it a genre?
That's the line that New York Review Books is taking, a genre that has a close focus on language. It's as good a description as any. A couple of years ago I attended a panel discussion during which Jonathan Galassi of Farrar Straus suggested that literary fiction was work that the author would write no matter what, even if he or she had no chance of being published. That's a psychological definition, no doubt accurate, but it doesn't tell us anything about the writing.

Is the printed book dead?
No, not at all. Anyone who knows me knows that I love and appreciate books as aesthetic objects. But I do think it's time for the crumbling paperback and the badly printed hardcover to be relegated to the past.

Did you really know Barney Rosset, founder of Grove Press?
We drank in the same bar a couple of times a week, for a year or two. No doubt hundreds of people could say the same thing. Most of the customers didn't know who he was, they just thought he was some guy at the end of the bar. He told great stories, among other things about being in China at the end of World War Two. He described Henry Miller as resembling "a cobra with hooded eyelids and an innate distrust of publishers." He was also very funny on growing up in Chicago with a Jewish banker for a father and an Irish chorus girl for a mother. I'm still waiting for his autobiography to come out, whether from Algonquin Books or from someone else.

Now that Dark Angels has been published, what are your plans for the press?
We have a new edition of The Recalcitrant Scrivener ebook, which incorporates some material that wasn't in the first edition. Then the next major project is the novel Gainsborough's Revenge, scheduled to appear later this year. After that, we shall see.

Steven Fraccaro is the author of the novels Dark Angels and Gainsborough's Revenge. His book of short essays on writing in the age of the web, The Recalcitrant Scrivener, was published in 2010, with a revised and expanded edition published in 2013.